‘Twas the night before Christmas.’ That expression taught me a lesson I’ve never forgotten, but I’m ahead of myself. Go back with me to December 1924. I was five years old.

My family, newly moved to the big city, had started my sister and I in our new school, but had not yet had time to make new friends. We knew none of our neighbours.

Busy getting her new home in order, my mother was surprised to find a messenger from the school at her front door. She asked mother to come to school and get me. I was very sick. Mother went with the school clerk and brought me home.

In those days, neighbourhoods had family doctors who made house calls, much like Doc on ‘Gunsmoke’. Passing the doctor’s office, (which was in his home), on the way home, mother left word for him to come to our house and look at me.

It wasn’t long before he arrived. He entered my bedroom smiling, black satchel in hand, but moments later, everything changed.

He looked at my mother with a grim expression and said, “Your little girl has diphtheria.”

He suggested sending me to a hospital, but Mother would have none of that. She would treat me herself.

Arrangements were made to send my sister to the home of a relative. My father went to stay in the home of a co-worker. Mother and I were alone.

The Health Department came out and ‘Contagious Disease’ Signs were put on the front and back doors, their bright yellow colour easily seen a block away. In addition a 24-hour police watch was posted, at both front and back doors. With the stormy weather, the watch wasn’t easy for the shivering policemen. Some neighbours allowed them to watch from inside their homes and offered them warm coffee.

Always by my side, Mother kept her silent vigil. While I lay without opening my eyes, in a fevered stupor, all she could do was pray.

My mother let out a gasp of joy, but it was short lived. My pale face seemed to glow, as I said, “Mama, it’s Christmas Eve. What is Santa going to bring me?” Can you ever imagine, how my mother must have felt?

“No” she cried, “It isn’t Christmas Eve yet.” she said to no avail. I was sure I was right, and went to sleep that night dreaming of Santa.

To understand my mother’s dilemma you must know how it was, back then. There were no malls and early shoppers trying to out do each other. Christmas shopping was for the children, who received four or five gifts, at best, plus a stocking, filled with candies.

Most families could satisfy a child’s list a week or so before Christmas. No one bought in advance, like today.

The unexpected quarantine and worry for her child left my mother without a thought of Christmas. Exhausted physically, and emotionally, by her dilemma, she dropped off to sleep on the cot next to my bed, thinking only an ‘Angel’ could perform the miracle she needed that night.

Morning came, and with it, a loud rapping on the front door. Wearily, my mother threw on a robe and made her way downstairs to open it. No one was there, but at her feet was a large market basket with a red and white-chequered cover.

Quickly, she pulled it inside. Heart pounding, she removed the cover. In the basket was a cooked Christmas dinner, a doll, a few small toys, and some books for a little girl just my age.

“I told you it was Christmas Eve” I cried when the doll was handed to me. My mother’s eyes teared, as she thought of her prayer.

From that very special Christmas, I learned, early in life what Christmas is really all about. It has nothing to do with frantic shopping, or how much you spend, that kind of thinking is the dark side of this beautiful season. Christmas is a caring and loving heart that gives, without expecting praise or reward.

The angel in my story was a wonderful lady called Catherine. She was an Irish immigrant with six children of her own to keep her busy, but not too busy to open her heart to a family in need. She did so quietly, and alone, never looking for even a ‘Thank you’. 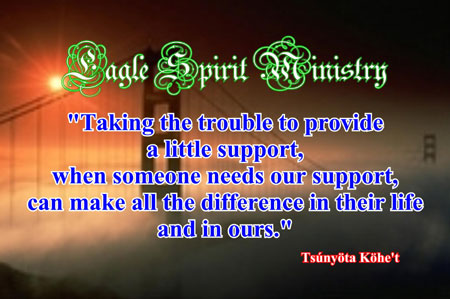