It is May, and the door is opening to hot summer weather and those pesky mosquitoes. Long before these critters made headlines as a carrier of the West Nile virus, their origin was featured in a boogy-man story by a tribe of American Indians.

Surprisingly, the story didn't originate in a tropical, or even a subtropical region. Rather it came from the far north reaches of Tlingit campfires on the southern islands of Alaska.

In times long ago, there was a blood thirsty monster stalking the world eating the People. He loved the taste of blood so much, it frightened everyone. If he wasn't stopped, sooner or later there would be nobody left on earth.

A council was called, but no one could think of a way to destroy the horrible people-eater. Then a man stepped forward and offered a plan. It could mean his own death, but he was willing to make the sacrifice to save the world.

The very next day the man slipped out of the village. When he got close to the home of the monster, he lay on the ground and pretended to be dead.Just as he had hoped, the giant found him, and carried him into his house. The giant threw the body on the floor and looked at his fireplace. The fire was down to mere embers.

"I must go out and get more wood to cook this meal" said the giant, and out the door he went.

As soon as he was gone, the man jumped up. He found the giant's son who was in the house, and not nearly as big as his father. Grabbing the boy, the man shook him.

"Where is the giant's heart?" demanded the man, angrily.

"It is in his left heel," cried the frightened boy.

Finding the monster's big knife, the man waited for the giant to return. He didn't have long to wait when a huge left foot came through the doorway. Immediately, the man plunged the knife into the giant's heel, killing him. The monster was dead, but a voice still came from him.

"I will keep eating the People until the end of time" said the voice.

"No! I'll see that you don't!" cried the man, and he chopped the giant up into small enough pieces so that he could throw him into the fireplace and burn him up. To make doubly sure, the man even took a shovel and cleared the giant's ashes out of the fireplace. Then he carried the shovel outside and let the wind blow the ashes away. 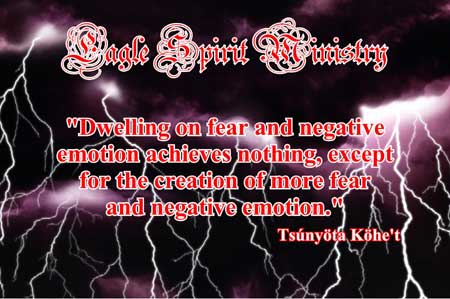