With the rapidly changing face of America, one wonders if the colorful Indian heroes of the Plains Golden Age will soon vanish with the buffalo. Across the land, their history is mostly known the way it has been portrayed by the film industry.

A good example is the Sioux warrior, Crazy Horse. What do you know about him except that he defeated Custer at the Little Big Horn? Actually, the Indians called it Greasy Grass.

Neither of these actors ever came close to looking anything like the real Crazy Horse.

A born recluse, this famous Sioux chief managed to keep a likeness of himself from ever being portrayed by artist or cameraman. Descriptions of him, passed down by tribal storytellers are all we have to go by.

He has been portrayed as being of medium stature, light skinned, and with light brown hair so wispy it earned him the nickname of 'Curly' among his friends. He was extremely shy and very conscientious about his appearance, and purposely avoided contact with whites, because of their stares. Note here that his being full blood was never challenged.

In addition to his unusual appearance, Crazy Horse had an intense dislike for regalia, feathers, beads, and body paint and hardly ever was seen wearing them. The exception was in warfare. As the Oglala Chief, he would lead his people dressed as the valiant warrior he was.

Appearances to the contrary, Crazy Horse excelled in all the challenges he faced growing up. His prowess was unmatched in the field. When everything was over however, he always returned to his reclusive ways and would go into hiding to lament over the conditions he knew were coming to his people.

There was a single instance in the life of young Curly that greatly affected him. He and some friends had hidden behind some bushes to watch their beloved Chief Standing Bear and several others hold a meeting with some soldiers.

At issue was a young brave who had found a dying cow already down beside the road and unattended. Seeing it was near death, the young man killed it and took it home to feed his hungry family.

Chief Standing Bear had called the meeting with the soldiers to make amends and pay the Mormon farmer for his cow. As it was, the farmer hated Indians and would only settle for revenge.

He demanded the Indians lives, and the army obligingly raised their rifles and shot down in cold blood the innocent, unarmed Indians standing before them. What Curly witnessed that day, would stay with him forever.

Though best known as Crazy Horse, he had another name. Continuing family tradition, he was a Holy Man. This lifestyle, plus his odd ways and dress, caused the People to refer to him as Ta Shunka Witca The Strange One.

He had a large following who looked on him as having a 'magical presence.' Their worship of him caused jealousy in the heart of Chief Red Cloud, who saw him as a threat to his own status in the tribe.

The end came for Ta Shunka Witca, just as he always knew it would, at the hands of his own people. The time was 5 Sept. 1877 at Fort Robinson, Nebraska. The Indian wars were coming to an end. Thinking he was being taken to an army official to sign a peace treaty, Crazy Horse suddenly saw that the building tribal police were leading him to hard barred windows. He turned to flee, but an Indian behind him grabbed his arms and held him fast. That Indian's name was 'Little Big Man' (Not the one of Mel Gibson fame.)

In an instant there were shouts of 'Kill him' probably from followers of Red Cloud. Held fast by his friends, in the melee, a bayonet plunged through his back, and it was over.

The dying man was carried into the cell to die. Only his father, and a friend, Touch the Clouds, were permitted to be with him. His last words were, "Tell the People it is of no use to depend on me anymore." With a final sigh, the Strange Man of the Oglalas walked the Trail of the Wolf.

On a wall in my home is a large movie poster. On it is a profile of handsome Michael Greyeyes as Crazy Horse, but that is not why I keep it. The words on the poster are what catch your eye. In bold letters it says CRAZY HORSE. The next line says, "The Legendary warrior who battled Custer." Battled indeed. He defeated Custer soundly, yet there are obviously some people who still can't bring themselves to admit it. 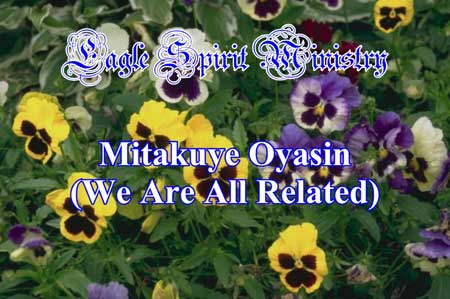