Toys which light up, talk, play music, dance, entertain, but above all, they teach. Nothing has been overlooked in making sure that each and every toy, will in some way, implant the future in Courtney's thought process.

This set me to wondering about the toys that Indian children had in times long ago. What I learned might surprise you.

Boys also had toys of hunting and warfare, properly made, according to where they lived, and their culture.

A Plains boy would have a toy bow and arrow, a Tlingit boy, a toy kayak with a man in it holding a whaling spear, or a dogsled carved out of ivory, all perfect replicas.

Little girls on the Plains had dolls, and all the things found in keeping house, each piece scaled to match the real thing.

Toy tepees were sometimes decorated to express family pride, as long as no spiritual messages were improperly represented.

The inside would have floor covering, and all the furnishings were just like the real thing. There were even small cradleboards.

Dolls came in all styles, depending upon the culture, from the Tlingit dressed in fur, to the corn doll, the beads and buckskin doll of the Plains, and the Navajo doll, distinguished by its lovely velvet top and flowing skirt.

Even Kachinas were represented as dolls to Hopi children. Indian children loved them all.

Books, as we know them, did not exist, yet Indian children were never at a loss for wonderful stories, told to them by parents, grandparents, and tribal elders.

Storytelling was always an exciting experience for adults and children alike. Storytelling was a way of passing down tribal history and tradition, and in addition, storytelling had parental guidance, something which we could use more of, considering what television offers our children today.

At just over four months, my great granddaughter, Courtney, already shows preference for a special toy, as many children do. 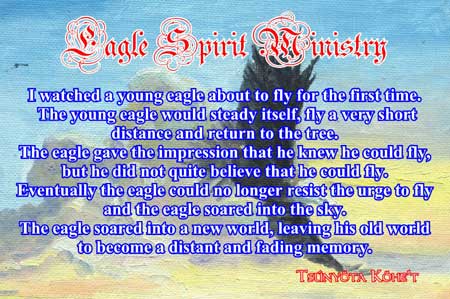