Mourning in itself is a part of the grief process. We mourn for ourselves and our own loss. Irrespective of our belief system, those whose bodies ceased to exist on September 11, did not die but moved on to the next phase of their existence, whatever each of us may believe that to be.

The negative elements within the media have hijacked 'September 11' and are using the events of that day for their own ends, effectively competing for viewers under the guise of 'higher motives'. There is no doubt that obtaining viewers, readers and listeners is the motivation of the media, and how they make their money.

The dark forces, which thrive on our fear and negative emotions, want to perpetuate our fear. The timing of the attacks of September 11, was such that there could have only been one course of action which followed, that of war and retribution.

What could the motivation be to start a war that cannot be won?

Terrorism requires a response, any response to succeed. Without a response terrorism becomes an empty and futile gesture and is soon discontinued. The mentality of terrorists is that of a child behaving negatively to solicit attention from parents, teachers or other adults.

Our governments reflect our chosen experiences. Our current transitional environment is one of desperation as our fear based existence futilely struggles for survival, even now as we see the dawning of our new love based existence. 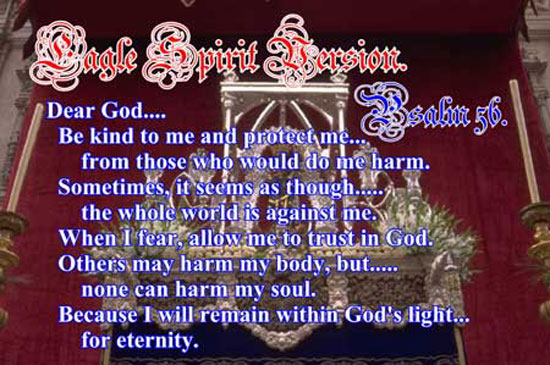