Contrary to common belief, the Sioux warrior holding the red Catlinite pipe in George Catlin's paintings did not always live in the Great Plains. History records the Sioux as originally being woodland Indians of the lower Mississippi and Ohio Valleys. Disruptions around the 1600's moved them north into lower Minnesota where they discovered the quarries of red pipestone, later called Catlinite, after the artist George Catlin.

The red clay was immediately proclaimed sacred by the Sioux and from then on, it was used exclusively in making the sacred pipe. Furthermore, the quarries were open to pipe makers of all nations without quarrel.

A legend surfaced to account for this special pipestone being the color red. A troublesome Lakota spirit named Untehi became angry and caused a great flood. It overran all the people carrying them in its wake and dumping them into the great pipestone quarries. The swirling waters crushed the people until their blood turned the water, and the pipestone red.

The Sioux see the red bowl of their pipes as the flesh and blood of their ancestors. The rising smoke is believed to be their breath. They call the pipe Chanunpa (to smoke a pipe) and can feel the pipe come alive with flowing power when it is smoked.

The legend continues, for there was a lone survivor, a beautiful maiden. She is stranded on such a high pinnacle, it may well be the Devil's Tower in Wyoming, a favourite place of Indian stories. She is rescued by a giant eagle, the Sioux's most honoured friend. He takes the girl to his nest and makes her his wife. Together they have twins, a boy and a girl.

Later, when the children are older, the eagle takes all three in his great talons and carries them to the Great Plains. He sets them on Mother Earth, and tells them to make a great nation. To this day, in legend, the eagle is the Sioux's perfect ancestor. 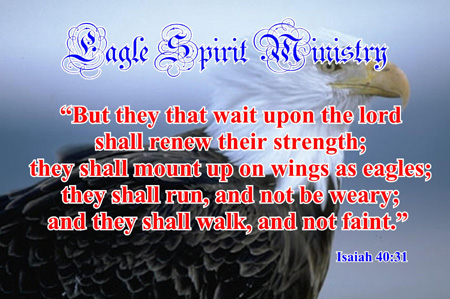