How many times have you seen a bowl, offering arrowheads for sale? Were you tempted to buy a few, thinking they were from a long-ago time in history?

Look again. If the chipped edges are nice and clean, even a little bit sharp, they most likely were recently made, for shoppers like you and me.

Stone arrowheads that have been buried in the ground, waiting to be found, are more timeworn, and less sharp. If you want the real thing, go out and make your own search. Look near a stream, or a freshly ploughed field . These are good places to start. Imagine the thrill of finding one, and lifting it out of time itself. Hold it in your hand and try to feel the last hands that touched it. Let yourself imagine the last time it went flying through the air . Was it used in hunting, warfare, or possibly a game of skill? Is there a hunger to know more? That's what makes a real collector.

Many people have arrowhead collections. Unfortunately, too often it stops there. They have no idea what went into making them, or what individual purpose for which they were made. Such people are missing half the fun, as well as the important part of collecting.

With hunting season over, winter camp was the time and place for the warrior to concentrate on making his arrowheads. Hard stones had been collected all year for this painstaking work, chalcedony, obsidian and flint, to name a few. Skilled hands could make an arrowhead in a fairly short time, but each flake had to leave the stone in a skilfully directed strike aimed at proper shaping.

The work was done using a 'hammer stone'. The name speaks for itself. It was a long stone, rounded to a point. Often it had a crude handle attached. Held in the right hand, this primitive tool was used to strike the stone in a way that would cause chipping that would shape the arrowhead in the style the warrior wanted. Lastly, the arrowhead was rubbed hard with a piece of bone, or antler to give it a finished touch..

The arrowhead most people are familiar with is the long, narrow one which was used for hunting large animals like deer and elk. It was purposely made slender so the arrow could easily be removed from the animal and used over and over again.

The war arrow was a different story altogether. It had a broader shape, flaring outward towards the back, called the 'shoulder.' In addition, those flared back points each had a small groove causing the arrow to hook itself into its victim. Indian cunning went still further. War arrowheads were fastened to the shaft in a loose manner so that if someone tried to extract the arrow, only the shaft would pull out. The arrowhead would remain in the person's body until it could be surgically removed.

Next time you see an old movie where the hero saves his comrade's life by bravely yanking out a fatal arrow, you will know it was not that way at all. In reality, they quickly learned to know better.

I have yet to see any film that depicts the Indian's real skill with his arrows. In warfare, a brave would hold at the ready, four to five arrows in his mouth and two or three more over the hand holding his bow. With this kind of 'arrow reserve' it is said that a warrior could rapid fire all his arrows faster than a blue coat could reload and use a repeating rifle. Eyewitness accounts state that an Indian could shoot an arrow at a target, sending it high into the air, and shoot a straight second arrow fast enough to reach the target ahead of the first one. Has anyone tried that lately? 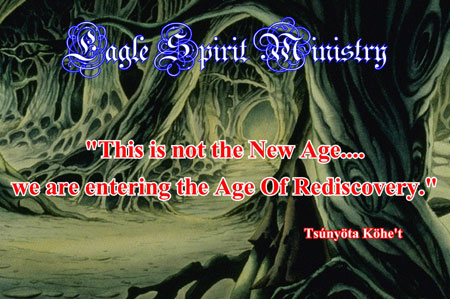