The word 'bear' can mean many things. One 'cannot bear' to do something, or 'bear' that person. Sorrow is 'hard to bear' and you 'bear right' at the next turn.

My name, 'Two Bears' does not imply two real bears. Indian names reflect how they see an individual. In my case they see me as being as loveable as a 'teddy bear' but when faced with adversity, as formidable strong as 'the grizzly'.

Indians also see 'wisdom' in the bear and consider that trait over and above the bear's great strength. The idea developed from the bear's habit of rising up on its hind legs and studying a situation before acting upon it.

As for the bear itself, it has been victimized by what people see, as it's human-like gestures, and compromised by having been made it into one of children's most beloved toys.

When Theodore Roosevelt inspired the 'teddy bear' by refusing to shoot a bear that was cruelly tied to a tree, he may have done the bears more harm than good.

Teddy Bears became one of a child's first toys. Cute and cuddly, wearing everything from lederhosen to a clown suit, they all imply that bears are very much like people. The story of 'The Three Bears' also instils this early childhood impression. One grows up with the feeling that bears are different from other wild animals and could not possibly hurt anyone. Sadly, this sometimes results in serious injury, or death, when a wild bear is approached too closely. Nearness is a threat, and the bear responds.

Park visitors feed the bears despite posted warnings, yet while feeding signs warn of danger, the Park System then makes an about face and humanizes the bear with it's 'Smokey the Bear' signs, ranger hat and all. Well intended, but too believable to too many.

Left alone, bears shun people. Their diet consists of fruits and berries, fish, small game and the sap of certain trees. From 'Winnie the Pooh', every child knows that bears love honey.

Except for a mother with cubs, bears are rarely aggressive. Encounters with other bears are usually settled by posturing, until the smaller one gives up. They also bluff, thumping their front paws on the ground in a half-hearted lunge which is often enough. Scars on captured bears prove most bites are superficial, which does not mean a bear won't kill, if the need arises.

It is difficult to pass along advice for hiking in bear country, because encounters are never the same. A bear may pretend not to see you (he does) and simply walk away. The next time, that same bear, could make a life threatening charge.

The safest way to travel in bear country is with an experienced guide. Even then, anything can and often does happen.

Mother bears are playful, and extremely protective, yet so conscientious about their job they won't hesitate to cuff a disobedient youngster. Later, the bear's life may depend upon what he learned from his mother's strict discipline.

Cubs usually stay with their mother for two years. Then the day comes, when she will chase them up a stout tree. With a last satisfied look, she turns and walks away. The cubs cling to the tree until hunger drives them down.

Using the skills she taught them, they begin life on their own. Combining love, discipline, and strength, Mother Bear has done her job well. 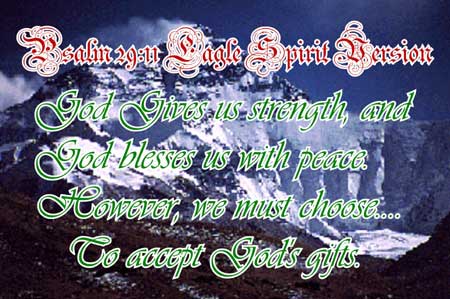