Weddings today are complicated indeed. If we get involved in a wedding we will find out how complicated weddings are today.

Was it a lot easier among the long ago Indian nations? An overall look at Indian weddings can leave you guessing.

Tales are told of a warrior presenting a dozen or so captured horses to the father of a chosen sweetheart, when asking for her hand in marriage, but did you know that amongst the Plains Indians a young man had to be at least 25 years, or older, before he could make such a gesture?

'Survival' was one of the key words in the life of the early People. Just as the breeder of fine animals selects superior stock, so it was among the early Indian families.

By the age of 25 a youth was expected to have proven himself worthy to marry and sire strong, healthy children by counting coup in battle or in horse raids. In fact, counting coup was such an esteemed virtue, that doing so automatically made a young man eligible for marriage, whether he had reached the required age or not.

Presenting gifts to the father of the intended, was looked upon by the whites as purchasing a bride, and was grossly misunderstood.

The gifts were given out of respect, and to show how much the man thought of his woman of choice.

In direct opposition to the Plains Indians, among the Seneca in New York, the man had no say in the matter. It was the woman who did the choosing.

A young girl would tell her mother about the warrior she wanted to marry. Her mother would then make a quiet investigation to see if her daughter had made a suitable choice.

Assuring herself that her daughter had made a suitable choice, she would then approach the man's mother about her daughter's feelings. If both families approved, courtship and marriage followed.

Another assurance of a strong, healthy people was that in most tribes girls were never permitted to marry a man from their own clan. In the marriage of two different clans, the children automatically belonged to the clan of the mother.

Elopements sometimes happened, but were rare, since the People were inclined to closely follow tribal tradition.

In the event a warrior who had not proven himself did make off with a woman and marry, his disregard for tradition was forever conspicuous in the public eye.

This was done by denying him the right to ever paint his wife's face every morning, as a sign of his love for her.

No word about romance would be complete without mentioning the little known love affair of the great Sioux warrior Crazy Horse.

Denied marriage to his childhood sweetheart through the trickery of Chief Red Cloud, years later Crazy Horse rode into the village of the woman he still loved and boldly kidnapped her, leaving behind her 3 children.

Black Buffalo Woman went with Crazy Horse willingly, but their dream of true love was short lived. No Water, the outraged husband eventually found the lovers.

No Water shot Crazy Horse, but did not kill him. The bullet broke the warrior's jaw and tore through his left cheek leaving him scarred for life.

Unhappily, Black Buffalo Woman was returned to her husband and children. Crazy Horse assumed all the blame and at his decree, no harm ever befell her for following her heart. 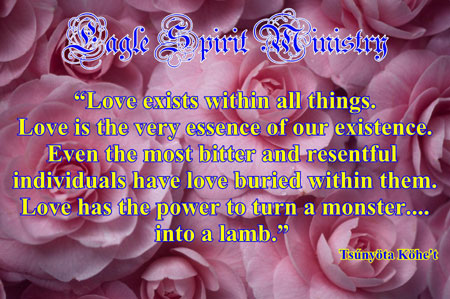