Early Europeans, seeing the Indian wife walking behind her husband, immediately perceived her as a slave, or drudge. The notion stuck, and was exploited ever after, much like the Sioux feather bonnet. Few film makers, if any, ever portrayed the Indian wife as she really was.

For the record, her husband walked in front of her to protect her. He 'broke trail' for her, caring enough about her to take quick action, should the need occur.

True, she carried the bundles, while he carried only his weapons, but doesn't that make sense? The sudden approach of an angry animal, or stranger, left the warrior free to respond in a quick and sure manner. Warriors cared deeply for their wives, and did not want anything to happen to them.

Indian tribes were matriarchal. If a couple married before their own home was ready, they temporarily lived with the wife's family, never the husband's. Once in their own home, it immediately became the property of the wife, lock, stock, and barrel.

Should a separation occur, the husband could remove himself with his weapons and the clothes on his back. Everything else stayed with the wife, including the children. Children also became members of the mother's clan at birth, never the husband's, even if he was a chief.

The Indian wife worked hard, but what Plains wife didn't? Many a settler's wife looked twice her age after only a few years in her 'little house on the prairie'. Who was she to put down her Indian counterpart who, born to the more primitive life, actually fared better?

Settler's wives were aghast upon learning that some warriors had more than one wife. This sometimes occurred when a brother with a family was killed in battle. It was a warrior's personal obligation to take in his brother's family. It was a tradition his wife understood, being first, last, and always number one in the warrior's heart.

This country's women fought hard for the vote, while some Indian women were way ahead of them. Iroquois women nominated all their chiefs, and could overrule laws passed by their council. They could have a chief removed, or even killed, if they didn't like the way he was conducting things. They had much to say in both tribal and family matters.

We can imagine all sorts of things behind closed tepee flaps when we learn that Indians did not have words in their language for love, or sexual encounters. Why? They didn't think it necessary. In such personal matters such things were expressed by action, not words.

Among the Sioux, every morning, a warrior would lovingly paint his wife's face with signs, expressing his love for her. 'I love you,' was expressed by lovingly brushing her long, black hair. While she worked hard, the Indian wife was content. There was always the winter to think about, when the camp shut down and husbands were home from the hunt. Life was complete. 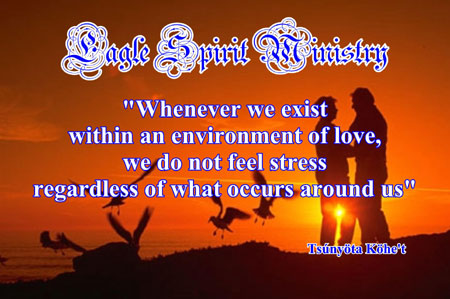